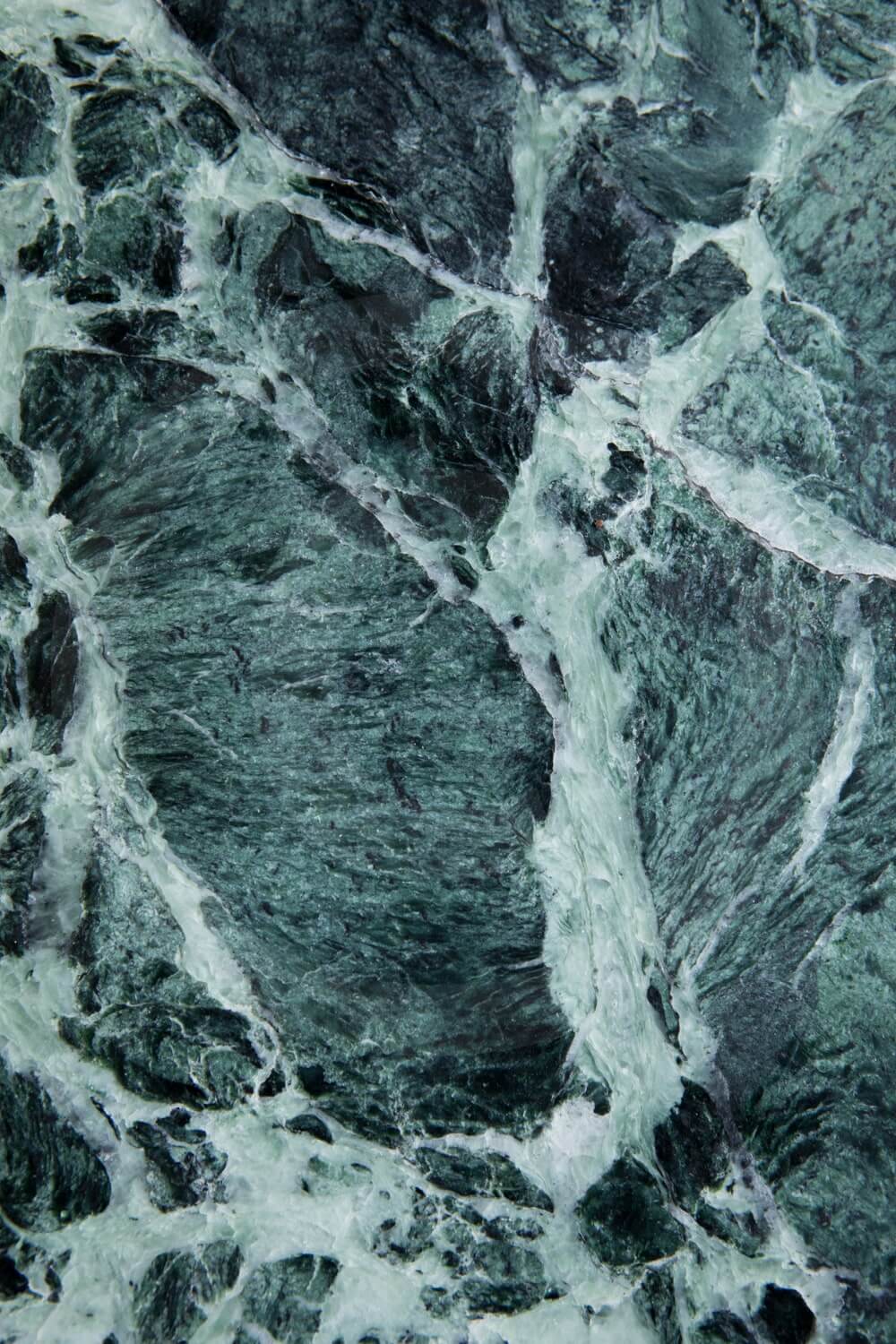 Only Deknudt Nelis has or will have any obligation toward the Client or any other person with respect to the services provided by their lawyers (either or not partners) and employees. The Client explicitly undertakes not to file any claims of any kind against the lawyers, other representatives and/or employees of Deknudt Nelis, even if the applicable legislation provides for the possibility to file such claims.

Deknudt Nelis designates a partner for every Client, who will be responsible for the file of that Client. This associate will handle the file as he or she sees fit, in cooperation with other lawyers (either partners or not) of Deknudt Nelis.

7. Services provided by third parties. Deknudt Nelis may cooperate with third parties if such cooperation is deemed necessary or useful within the context of the assignment. These third parties may include notaries public, lawyers, auditors, financial intermediaries and translators in Belgium or abroad.

The Client accepts that Deknudt Nelis may forward their personal data to the above-mentioned third party whether or not a direct and exclusive legal relation comes about between the Client and the third party.

In the cases where Deknudt Nelis may be held liable for actions performed by third parties, the liability limitations contained in these general terms and conditions also apply.

8. Data to be provided by the Client. The Client undertakes to provide all data and information that are useful and necessary for the proper performance of the assignment, supported by documents if necessary.

The Client is responsible for the correctness, completeness and reliability of the information provided to Deknudt Nelis by them or on their behalf.

If Deknudt Nelis is not able to verify the Client’s identification details, e.g. because the Client fails to provide the requested information, Deknudt Nelis will not be able to engage in the business relation or be compelled to terminate the provision of services. Furthermore, the accuracy of the data can be checked periodically.

In addition, in accordance with the anti-money laundering legislation, lawyers are under certain circumstances obliged to report suspicions of money-laundering or terrorist financing in which a client may be involved to the President of the Bar with which they are registered. Deknudt Nelis has no liability towards the Client for the consequences of any reports filed in good faith.

Deknudt Nelis has taken technical and organisational measures in order to guarantee the security of the personal data that are processed. Deknudt Nelis has taken out an insurance policy against cyber risks, in case a breach of the protection of your personal data within the meaning of the privacy legislation (hereinafter referred to as “data leak”) occurs. The liability of Deknudt Nelis in case of any loss suffered as a result of a data leak at Deknudt Nelis is limited to the amount paid under the insurance policy (proportionally if more than one party suffered a loss).

If for any reason whatsoever, no payments are made under the cyber policy, any liability of Deknudt Nelis resulting from a data leak is always limited to € 50,000 per data leak, irrespective of the number of parties suffering a loss.

The limitations of liability described above are applicable only to the extent permitted by Belgian law. Consequently, these limitations are excluded in case of fraudulent intent on the part of Deknudt Nelis.

You can obtain the cyber policy by sending an email to info@deknudtnelis.be.

Deknudt Nelis cannot be held liable for any loss or any damage that may result from the receipt or use of electronic communication of Deknudt Nelis.

13. Rights of third parties. The assignments are performed exclusively on behalf of the Client. Third parties cannot derive any rights from the activities performed and the results thereof (advice, legal documents, reports,...) without the explicit written consent of Deknudt Nelis, which will at all times include a limitation of liability. The Client shall therefore hold Deknudt Nelis harmless against any claims of third parties relating in any way to or resulting from the assignment given by the Client and/or the activities performed on behalf of the Client.

The Client may request a professional liability certificate, which provides a brief overview of all policies that are applicable at the time of the request. A full overview of the insurance coverage can be obtained by consulting the policies, the content of which takes precedence of the content of the certificate and which will be provided by Deknudt Nelis at the Client’s request. It should be noted that the amounts of the applicable coverage only exceptionally refer to individual claims but usually relate to the maximum potential coverage provided by the insurer over a specific period for all claims combined.

If, for any reason whatsoever, no payment is made within the context of the professional liability insurance, any liability is always limited to twice the amount of the fee paid to Deknudt Nelis with respect to the assignment, with a maximum of € 500,000.

If the Client deems the coverage that is or may be applicable to their file inadequate and wishes to extend this coverage, this is possible upon explicit request (with the consent of an insurance company) and against payment of an additional insurance premium. Any extension is always the subject matter of an explicit written agreement between Deknudt Nelis and the Client, by way of derogation from the general terms and conditions. In the absence of such a written extension agreement, the Client explicitly accepts the limitations described above.

The limitations of liability described above are applicable to all claims of any kind and on any ground (contractual, non-contractual or other).

The limitations of liability described above are applicable only to the extent permitted by Belgian law. Consequently, these limitations are excluded in case of fraudulent intent on the part of Deknudt Nelis.

15. Limitation toward third parties. The explicit limitations of liability referred to in articles 10 and 14 not only apply to Deknudt Nelis, but also to their shareholder(s), partners, directors, lawyers, other representatives and employees (insofar as one of them could be held liable - see 1, 4, 7 and 13 above). Should no payment be made pursuant to the professional liability insurance applicable to the relevant case, this obviously implies that the payment limited to twice the amount of the fee paid to Deknudt Nelis with respect to the assignment, with a maximum of € 500,000, can only be made once and will not be made again by one or several shareholders, partners, directors, lawyers and employees of Deknudt Nelis.

16. Liability – period. Any claim for compensation expires if the Client has not served a written and explicit notice of default on Deknudt Nelis within a period of ninety (90) days after the facts on which the claim is based have become known or could reasonably have become known to the Client. Once a period of five years has passed since the date on which the harmful event on which the Client bases their claim came about, the entitlement to any compensation ceases to exist.

17. Costs and fees. Deknudt Nelis in principle charges basic fees on the basis of hourly rates. The hourly rates vary depending on the lawyer or partner working on the file. The exact hourly rates for each lawyer and partner are communicated at the moment on which the file is created.

Deknudt Nelis is entitled to adjust the hourly rate of some or all lawyers (including partners) every six months. The Client is informed of this adjustment in advance by Deknudt Nelis.

The following elements may justify an additional fee: the importance of the case, the favourable outcome, the urgency or the specific nature of the case. No general administrative costs are charged. Specific costs or exceptional administrative costs are charged separately. For instance, the fees of the judicial officers and the duties and costs payable by them, as well as the legal expenses, are charged separately to the Client.

In case of late payment, the Client is informed free of charge. After having received a written reminder for the payment of the outstanding statement of fees, provisional fees or expenses and in the absence of any justified objection, the Client has the obligation to pay interests on the outstanding balance at an annual rate of 8%, as from the date of the reminder.

In case of non-payment, Deknudt Nelis is entitled to suspend the provision of services until full payment has taken place.

20. Retention of records. After the completion of each assignment, Deknudt Nelis archives the relevant file and keeps it during a period of five years. Original documents can be returned to the Client and must be archived by the latter if deemed appropriate. After the above-mentioned period of five years, the file can be destroyed. However, Deknudt Nelis has no obligation to do so, except if the destruction is required by law.

21. Balance – Validity. The Parties acknowledge that these general terms and conditions correspond to their actual intentions and that the obligations contained herein are reasonable and well-balanced, taking into account all circumstances. The Parties declare that the provisions relating to insurance and (limitation of) liability are essential and are taken into account in the calculation of the fees and costs.

Should one or several provisions or parts thereof be invalid or null and void, this does not affect the validity and enforceability of the other (parts of these) provisions of these general terms and conditions. As the case may be, the parties will reasonably negotiate in order to agree on a provision that is valid and enforceable and that corresponds as closely as possible to the parties' intentions upon concluding the agreement. If no agreement is reached within a reasonable period of time, the competent court will be requested to adjust the provision (conversion).

22. Applicable rules – dispute settlement. The legal relation to which the present general terms and conditions apply is governed by Belgian law and the applicable ethical rules. Should a dispute arise, the Client and Deknudt Nelis will first attempt to reach an amicable settlement. If no agreement can be reached within a reasonable period of time, the dispute can be brought before a court. The courts of the legal district where the head office of Deknudt Nelis is established have exclusive jurisdiction. Deknudt Nelis informs the Client of the fact that the Ombudsman Service for Consumer Disputes relating to the Legal Profession can also be called upon if the conditions are met.

CURIOUS ABOUT OUR UPDATES?